I don't know why but there was no doubt that my todays post has to be about this blush... I told you when I first got it here but never spoke about it after that, until I mentioned it in my last month's favourites here. 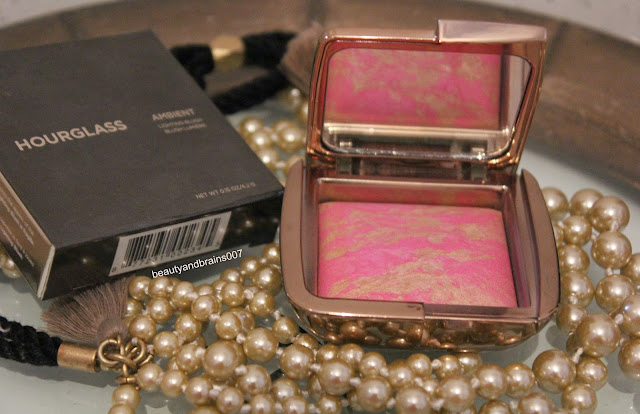 The story about our hate/love relationship goes something like this... Once upon a time there was a beauty obsessed girl who watched too much You Tube videos while everyone was talking about new Ambient Lighting blushes that Hourglass released after a lot of success with their Ambient Lighting powders. Everyone was saying how great they are so she wanted at least one for herself. Then, one day she realized that Net-a-Porter has them and when she saw a Free Shipping sign, the blush was in her shopping bag. The only thing that puzzled her was whether to get Luminous Flush (a more coral colour) or Radiant Magenta (hot pink with coral undertone and golden veining)? The swatches on the internet were very similar although they looked as completely different colours in the packaging. But then she thought that she is going to step outside of the comfort zone of her Beauty Kingdom and bought Radiant Magenta. When Radiant Magenta came to her home housed in golden packaging, she was thrilled... So much that she immediately wrote about it in her New in post. When she finally tried it, the story was rudely interrupted with an annoying sound. 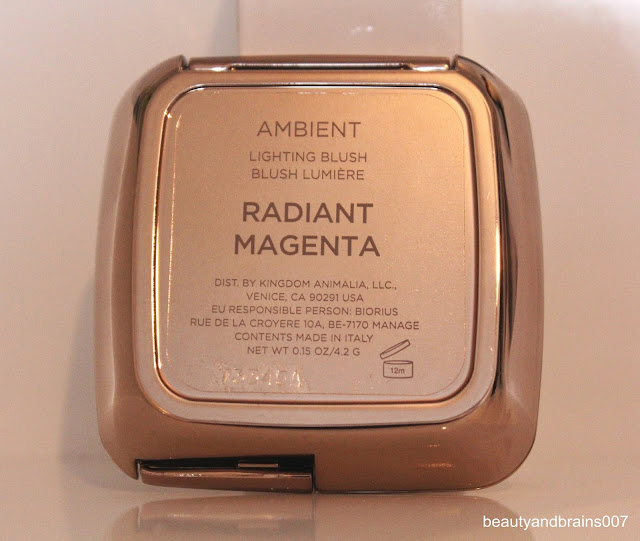 Let's come back from the fairy land. I hated it and couldn't believe that everyone was so into them! Ok. To be fair, the product itself wasn't bad but I thought that the colour was completely wrong for my fair complexion. Since I don't give up that easily, especially when the blush is so expensive, after some time of hating it and letting it mock me from the cupboard, I took things into my own hands and played with it again. 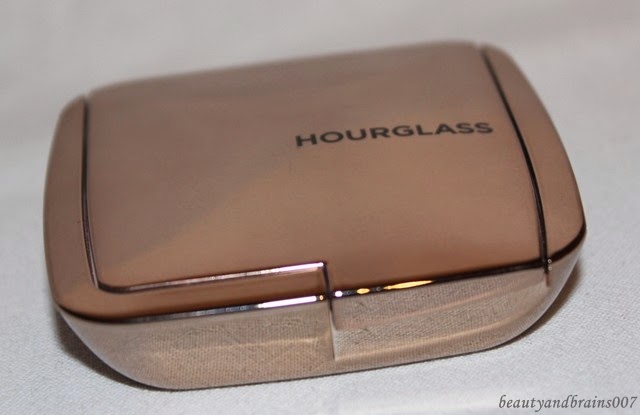 I admit. I used it all wrong.  If your hand isn't light enough while taking and applying this blush, you can end up looking like a girl from a Cindy Lauper video, which isn't exactly what I am going for. But if you barely touch the blush and then apply it to your face with a light hand, gradually adding colour... This is absolutely beautiful! Net-a-Porter has a video on how to apply it where they swirl the brush heavily into this blush which, in my opinion, is totally wrong!


I use it by itself or with a more neutral toned blush, and if I apply it like that, then I just add it on my cheek bones for some healthy rosy glow and an accent. Radiant Magenta looks like fuschia in the pan but when swatched, it is more a mixture between light pink and coral colour, while its golden veining gives the face a very natural glow. The shiny part is so natural that it doesn't emphasise the pores but adds some dimension. 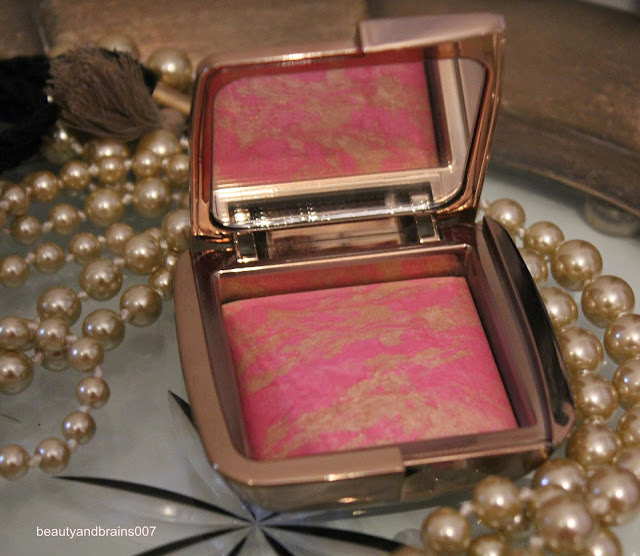 As I said, it is extremely pigmented and it lasts the whole day on me, eventhough I have combination to oily skin. Since it doesn't have any scent, if you are sensitive to them, you do not need to worry. 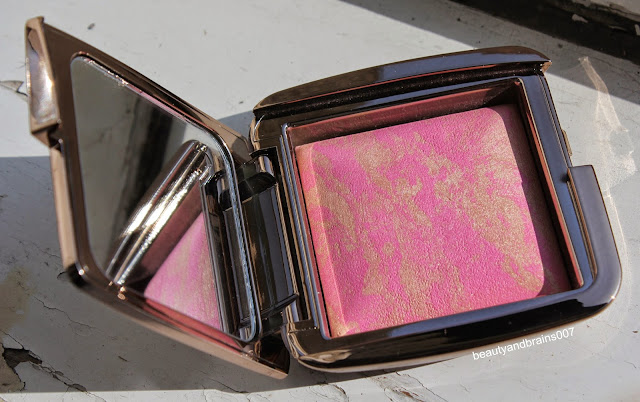 Hourglass blushes don't contain parabens and their photoluminescent colour technology creates multidimensional colour. They come in a 4.2 g/0.15 oz golden packaging with a nicely sized mirror. In Croatia you can buy them only online, I personally found it on Net-a-Porter for 29.66 GBP ( link). I must warn you that Net-a-Porter shows prices without tax, so it says that it costs 23 GBP, but with 5.93 GBP tax it is 29.66 GBP. Then there are shipping costs of 18.20 GBP, so my advice is not to buy beauty products there if the shipping isn't free. The price of this blush isn't low but the blush itself is beautiful and it will last you a long time, mine looks like I am not using it at all.


So, if you come accross Hourglass stand do take a look at their blushes! I am always honest in my reviews, especially if the post is about a high end product. If you are paying a lot of money, then you are more than welcome to expect only the best, and this blush deserves to be a part of that group. I really recommend it. 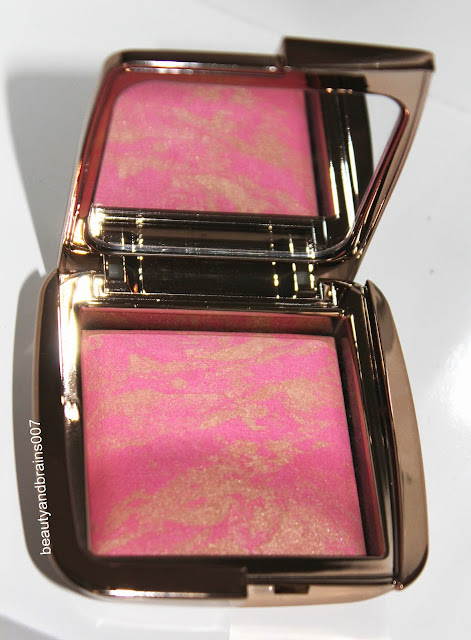 On that note, if anyone tried their new eyeshadow palettes, please let me know what you think about them. Those waves look so messy to me... 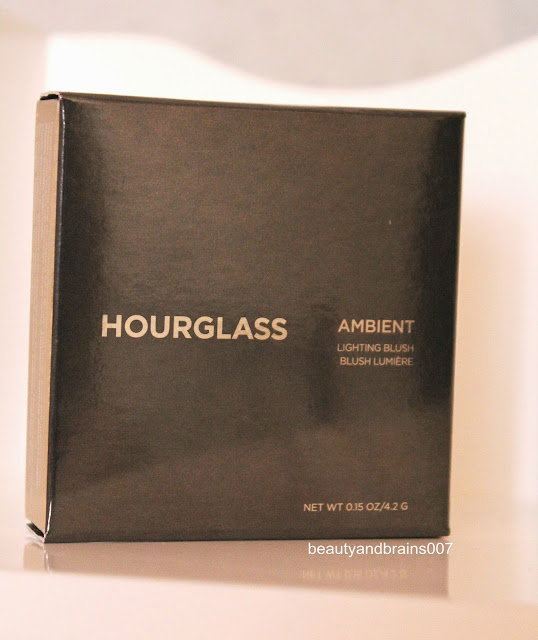 Do you own any of the Hourglass Ambient Lighting blushes? Do you like them? Maybe want to try them? Have you tried their new eyeshadow palettes? 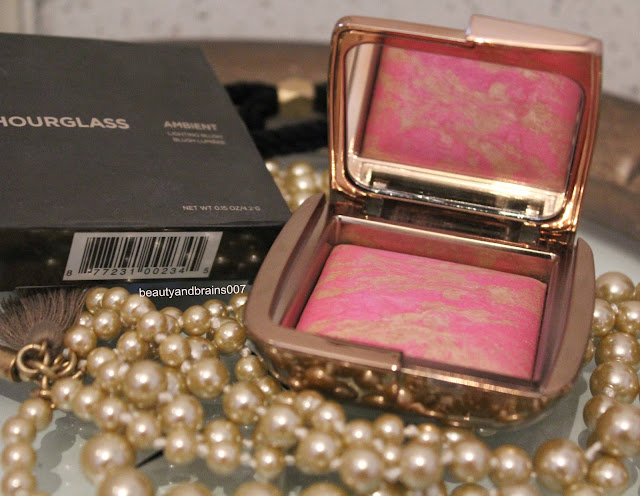